Skip to content
Sculpture, 2016.
Sorghum, oak, steel, propellor. Height : 160 cm, Length : 200 cm, Depth : 140 cm.
Production Musée Calbet.
In 2016, I was invited by Yvan Poulain to conceive an exhibition for Musée Calbet, Grisolles. The museum combines two functions, that of a museum of art and traditional life, and that of a contemporary arts centre. During my first visit I was startled by a propellor, hung up hight above a vitrine. I immediatly realized that it was identical to the one that Antonioni used for his film Blow-Up in 1966.

The industrial history of the town of Grisolles is made of brooms. The traditional brooms made with sorghum have been produced in Grisolles since the XVIIe century. In the middle of the XIXe century production increased through industry. At the highest point there were twenty odd workshops, around 400 workers and a production of 6000 brooms per day. Jean-Marc Coulom is the last  broom-maker still in activity in Grisolles. 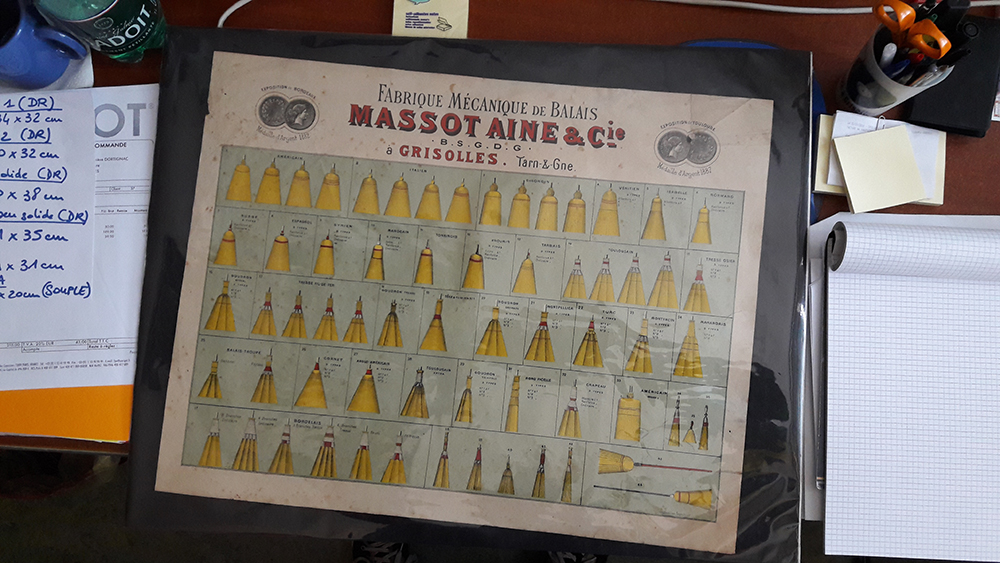 Still, the big industrial history of Toulouse remains aeronautics and the conquest of the skies.
On the roof of buildings designed by Le Corbusier, La Villa Savoye or the Cités Radieuses for example, on can discover many rounded forms. I think that these curvy forms  are the expression of freedom that one can feel as soon as one escapes our rational and rectangular spirit. High up there is a haricot bean, dreaming of the sky.

For the exhibition, I incorporated the museum’s propellor into my work.