Skip to content
Solo Exhibition, Musée Calbet, Grisolles, France.
30th September 2016 to 21st January 2017.
A fantasy based on Musée Calbet’s collection, local history and the flying object. The exhibition, «The Stuff of Dreams» by David Michael Clarke is organized around objects from the permanent collection and references to major artists from the XXth century such as Le Corbusier, Donald Judd, Gerrit Rietveld and René Magritte. This illustrates the way in which David Michael Clarke envisages the creative process and the elaboration of an exhibition : time shared with friends to conceive a different world. And so taking the context into account, David proposes a new work realized in collaboration with Jean-Marc Coulom, last maker of traditional brooms – the industrial heritage of Grisolles. The notion of the « club » has become central to David’s work, mixing modestly as it does, the human stories of people that he meets on his way with the ideas of some of the world’s great thinkers. David thinks of his work as an exchange with the other, the viewer, the visitor. The poster for the exhibition was made by his old art school friend, David Shrigley. A concert, «Musical B – David Michael Clarke & Friends» with new songs written especially for the occasion, was organized for the opening of the exhibition.
Marie Delanoë
Main Room. Ground Floor.
The Unit of Habitation for 24 rabbits, originally conceived for the Domaine du Dourven, was temporarily transformed into a museum to house certain objects belonging to the permanent collection of the Musée Calbet. 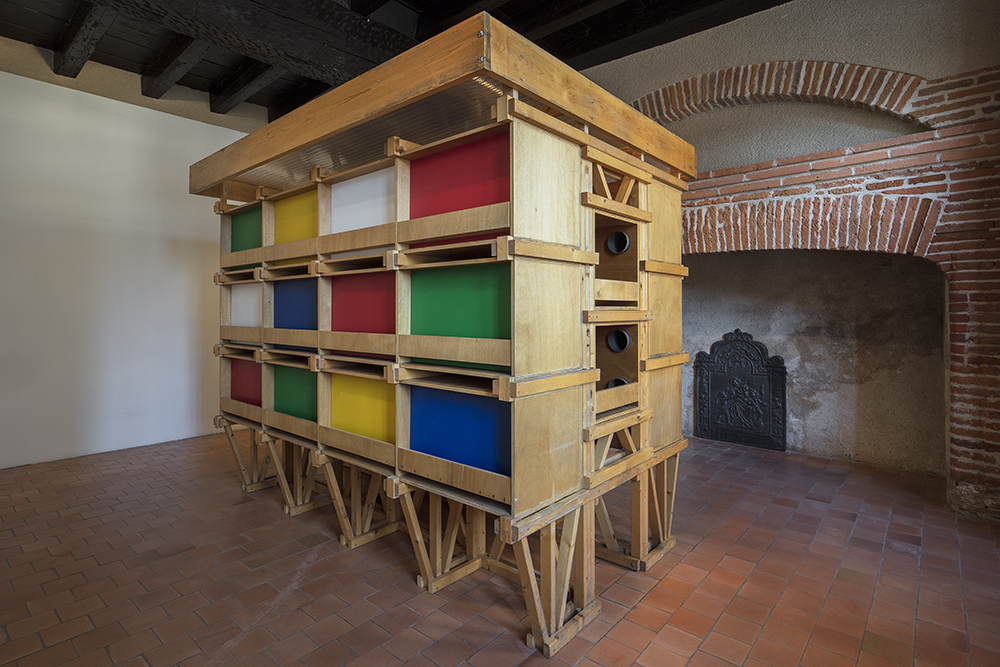 First Floor.
The sculpture, ‘The incredible flying hedgehog’ was specially produced for the exhibition in collaboration with Jean-Marc Coulom, the last maker of traditional brooms. The propeller belongs to the permanent collection. The air hostess uniforms were borrowed from the  Musée des Transports et des Communications de Toulouse. Arthur Batut’s photographs were lent by the Espace Arthur Batut, Labruguière. 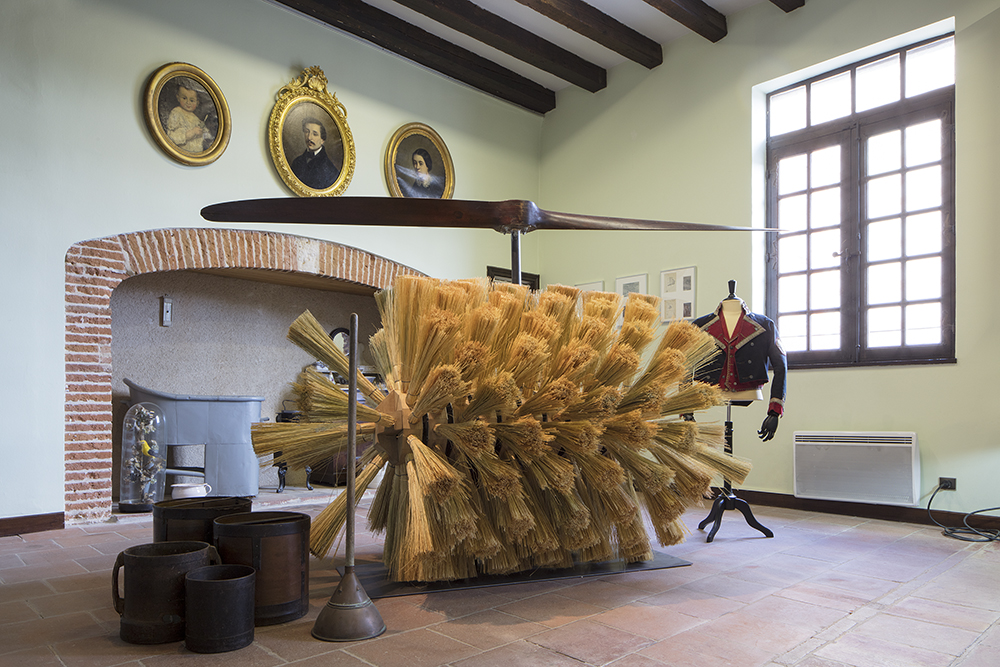 Photographs : Yohann Gozard.
Two references from 1966 and 1969
The film, ‘Blow-Up’ by Michelangelo Antonioni, 1966.
In 1969, Air Inter celebrated its fifteenth birthday. For the occasion the company entirely renewed its uniforms. The fashion designer, Jacques Esterel chose the material jersey in the colour of orange capucine. In this archive vidéo along side the spring and summer collections, one can also see the winter collection which includes trousers for the air hostesses … revolution.
Links
Musée Calbet